1/2 Brit and 1/2 Yankee, Elinor has knocked around the world. In 1992, she immigrated with her family to the South Island of New Zealand.

Eight years later, she flew to England for doctoral studies at the University of Cambridge. She explored the Old English Riddles—lyrical poems in the language of Beowulf. She earned her Ph.D. in 2005.

After a career-building stint in New England, Elinor has decided to move back to New Zealand in 2021.

To earn her daily bread, Elinor is a freelance copywriter at Squam Creative Services. Over the years, she has helped to create multiple websites and marketing pieces, including a range of higher education projects. She is also a self-taught photographer. Her work has been recognized by: 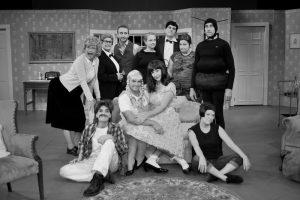 Elinor is an alumna of Shakespeare & Company’s month-long intensive and has acted in the Massachusetts area. She also occasionally directs (e.g. Studs Terkel’s American Century). On stage, she has appeared as: